Prophet Muhammad PBUH (570 – 632 AD,) the central figure of Islam, is believed to be the last of the prophets and the last Messenger of God to mankind.

Here is a list of 10 things you need to know about the Prophet of Islam:

1. As a young man, he worked as a shepherd and afterwards became a successful merchant.

Prophet Muhammad was born to a noble family from the descendants of Ishmael, the son of Abraham. He was raised by his paternal uncle after losing his parents and grandparents. He had to help his uncle make ends meet by taking care of the herd the latter owned.

2. He was called “the truthful, the trustworthy” long before Islam.

One of the Prophet’s first titles was Al Ameen (the trustworthy,) and this is due to his honest behavior with people – especially in business – and his truthfulness when speaking of Allah.

3. He preached moderation and social reform

He advocated for social reform on many levels, including gender and racial equality, religious freedom, and mandatory education for all Muslims.

His efforts and work paved the way and helped the Islamic civilization to flourish and spread between the 7th and 13th centuries.

The Prophet of Islam saw a potential friend and ally in everyone, inspiring his followers to forget and forgive, even under the harshest of circumstances.

5. He condemned racism and tribalism

Prophet Muhammad was known to stand up against and defy self-imposed “superiority.”

6. He was a loving family man who helped with household chores

It is reported that when Aisha, one the Prophet’s wives, was asked about his role at home, she said he “would do chores for his family and he would go out when it was time for prayer.”

He would also milk the goats, mend his own sandals, and patch and sew his garments.

7. He treated animals with kindness 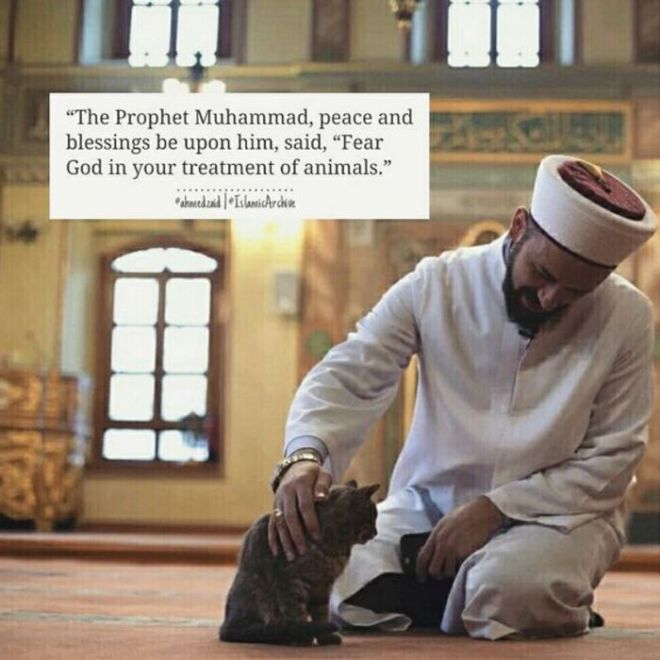 Prophet Muhammad cared for animals, including dogs and cats.

In one popular tale, he had a cat sleeping on his sleeve when prayer calls were heard. In order not to disturb the feline, he is said to have cut off his sleeve before leaving.

8. He used this seal on letters sent to foreign dignitaries

The Prophet wore an engraved ring with the words “Muhammad is the messenger of God,” which he used to seal his letters with.

His love and devotion to God pushed him to put “Allah” as the top word and his own name at the bottom.

9. He warned of extremist and deviant groups like IS

Prophet Muhammad warned his followers of those who will commit crimes in the name of Islam.

“In the last days of this world there will appear some young foolish people who will use (in their claim) the best speech of all people (i.e. the Qur’an) and they will abandon Islam as an arrow going through the game. Their belief will not go beyond their throats (i.e. they will have practically no belief), so wherever you meet them, kill them, for he who kills them shall get a reward on the Day of Resurrection.”

10. His name, with all its spelling variations, is now one of the most popular in the world

The name Muhammad is one of the top 10 most popular boys names in the UK and in the top 50 worldwide.

It means ‘praised one.’

Source: 10 things you should know about Prophet Muhammad